ECU Reprogramming capability is one of the pre-requisites of an automotive control unit. And Flash Bootloader is the piece of software that makes it possible.

With control units getting more safety critical, the security of the data to be flashed on to these ECUs assumes much importance.

We have been technology partners to several customers who are developing ISO 26262 complaint applications.

Embitel, as one of the leading technology vendors for automotive suppliers and OEMs, has partnered with many customers for the development of such secure bootloaders.

About the Secure Bootloader Solution: 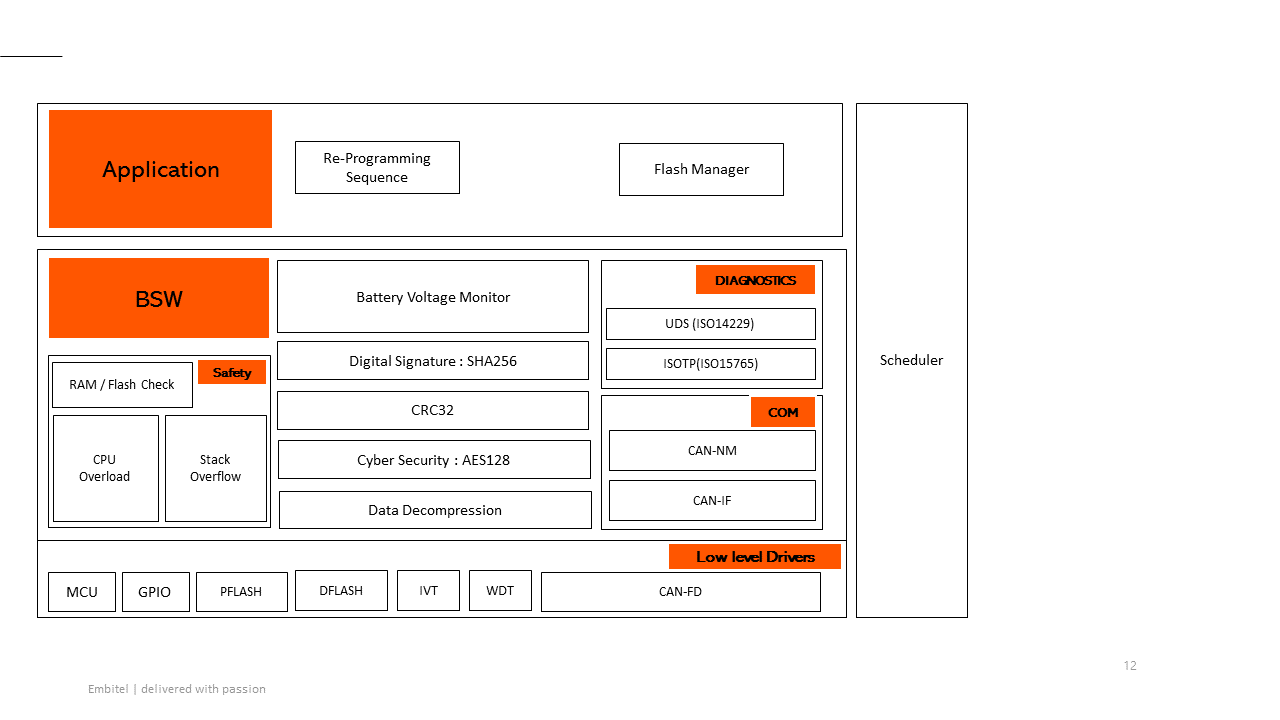 We have the expertise to develop the device driver for the HSM module for different MCU families like NXP, Atmel, Infineon, Texas Instrument, Renesas, Cypress, ST Micro, Fujitsu, Microchip, Silabs and more.

Value-Adds of our Secure Bootloader Solution: