End to End IoT Solutions: Connected Devices Through Gateways and the Internet

End to End IoT Solutions: Connected Devices Through Gateways and the Internet

If you haven’t been living under a rock, you would be familiar with the Internet of Things (IoT). IoT is the technological advancement that is set to bring about a major change in our day-to-day lives. End to end IoT solutions include devices fitted with sensors, IoT cloud platform, user interfaces and sometimes, IoT gateways that provide a host of additional benefits.

IoT solutions are not just limited to domestic and commercial applications; the extensive benefits these offer in Industry 4.0 are set to revolutionize the efficiency of manufacturing technologies and processes. With IoT cited as the next big thing for enterprises and industries, businesses are actively investing in the setup of full-stack IoT platforms.

IoT is a network of things, which may be your phone, tablet, lighting system in your house, or your home appliances; all connected and interacting with each other. In an industrial set up, IoT can establish connectivity between machines, devices and user interface systems on the factory floor.

Effective connectivity between IoT enabled devices and the Cloud platform is provided by IoT gateways. The internet is the backbone of IoT connectivity solutions, as this forms the medium for data to flow seamlessly from one end of the network to the other. 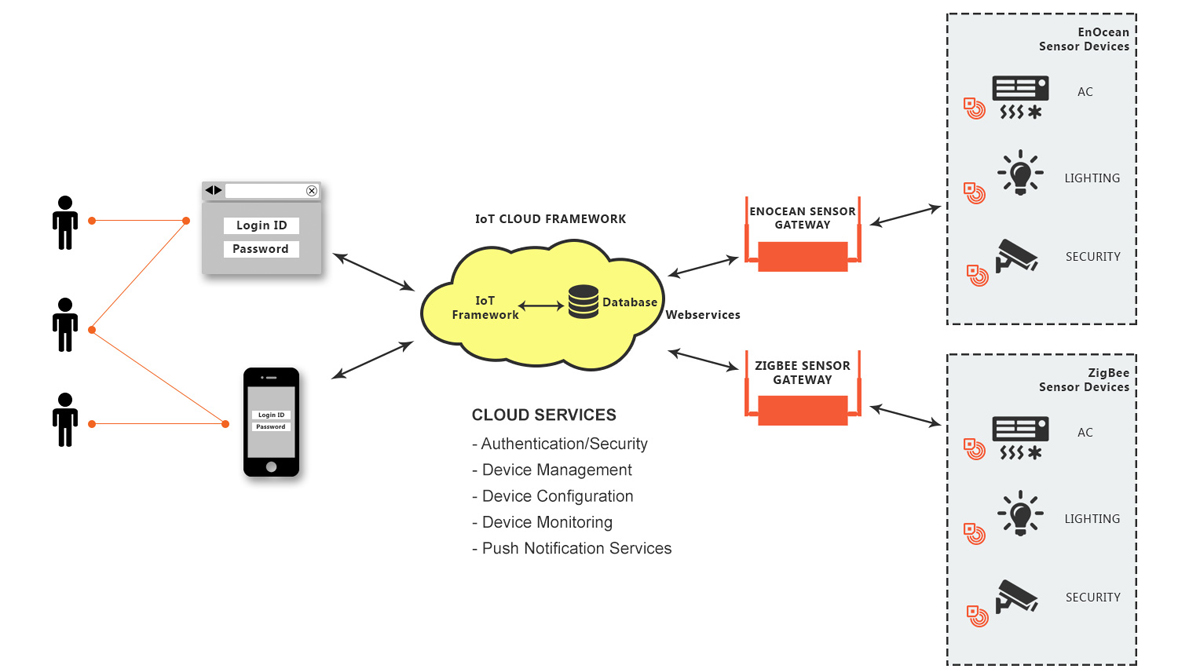 Use Cases of IoT

These are just a few examples of the potential that IoT based solutions hold.

From these use cases you would have noticed that the IoT gateway plays an important role in end to end IoT solutions. The efficiency of the network is mainly governed by the IoT gateway devices.

Critical Aspects of an IoT Gateway

IoT gateway is an important element to consider when it comes to designing full stack IoT solutions. IoT gateways are more than just bridges that transmit data; they form the backbone of any IoT solution, and several features make this capability possible:

With more and more IoT enabled devices being connected to the internet, the possibilities of the network becoming vulnerable to cyber crimes are on the rise. The last thing you want is hackers getting into the system and taking control.

Thankfully, there’s no need to worry. IoT gateway devices are meant to provide a secure channel for data exchange that is not susceptible to hacking.

Additionally, experts suggest using true end-to-end application layer security through which messages are encrypted such that only unique recipients are able to decrypt them.

Another sleek technique that can be used is secure on-boarding which involves imprinting a device being enrolled in an IoT solution with a cryptographic key generated by the IoT management service.

IoT offers viable solutions for various domains like defense, agriculture, home automation and industrial manufacturing. People might be under the impression that there is more hype than reality in the capabilities of IoT, but the truth is far from that.

Despite these facts, it may be highly difficult to predict by when IoT will become a reality on a larger commercial scale. The solutions will need to evolve on a daily basis, learning and adapting to cyber threats. An important element to consider while choosing an IoT solution is the gateway, as this will be vital to efficiency and security.