The Traditional Gantt chart is a dated thing. A modern and complex work environment today needs something more powerful and structured. Today’s projects are multi-layered and stretched out for a few years. A simple Gantt chart will not fit the bill.

There are methodologies that integrate cross-functional teams. There are a few practices that use a flow-to-work strategy and carry out the team’s efficiency in order to execute the priority tasks on time.  Gantt chart is not designed to do such tasks.

For a project manager, communicating with different teams to recognize gaps in the project is inevitable. So, they use Gantt charts to track project schedule and show interlinks between tasks.

What is a Gantt Chart?

A Gantt chart is essentially a horizontal bar chart used in project management for a visual representation of a project plan over a period of time.

When Should Gantt chart be used?

Gantt chart is still prevalent in most companies and a lot of enterprises benefit from it. The Gantt chart just needed a makeover. Traditional Gantt charts were handy but needed some features upgradation to support complex implementation of projects.

The Gen Next Gantt Chart

Contemplating the above-mentioned factors, Freshworks has released an intuitive Gantt chart with a new generation project management module. This feature helps you get an overview of tasks and track the progress of workflows and plan accordingly. These Gantt charts comprise task lists, sub-tasks, and interdependency of tasks against a defined timescale.

The features that are part of the new Gantt chart are: 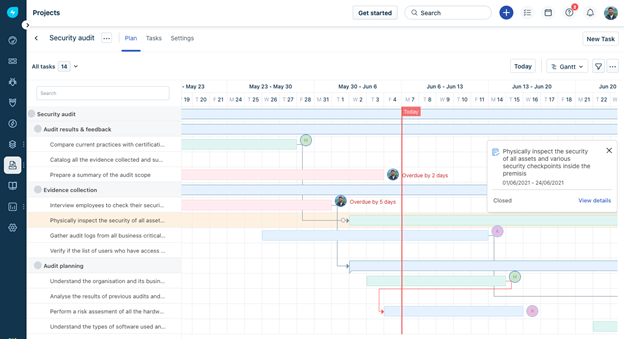 Furthermore, Gantt charts simplify project manager’s job to a great deal. Below are few steps that are good to start with.

The traditional Gantt chart is now being re-presented as a sleek and brand-new feature in the market. It is not just a bar chart for scheduling, it has now become a project map. The bird’s eye view of the project gives clarity to all the members of the team involved in the project. For effective management of complex implementation projects, you need an expert team like Embitel. Being a registered partner of Freshworks, we offer freshservice and project enhancements. Contact our team today to know more.

An enterprise-class ecommerce platform for B2B and B2C businesses

A SAP Hybris based rapid deployment solution for CPG, Grocery and F&B business. Go-Live in 100 days

A re-designed magento implementation that reduced ERP import time from 3-4 days to less than 2 hours.