Real-time embedded applications are so-called as they necessitate timely response to real world events instantly. Such real world events have specific deadlines within which the embedded system must respond. This is where Real Time Operating Systems (RTOS) achieve prominence. The scheduling policy of RTOS ensures that the required deadlines are met, every time.

FreeRTOS is a leading real time operating system for microcontrollers and small microprocessors that are being increasingly used for designing Edge Devices. Such microcontrollers are usually found in IoT sensors, industrial automation apps, fitness trackers, automobiles, etc. and have limited memory and computation capabilities.

The main advantage of using FreeRTOS is that it enables you to easily program and deploy low-power real-time devices. It also eases the connectivity, security and management aspects of these devices. The OS is currently available under the MIT open source license.

What Does FreeRTOS Include?

FreeRTOS is inclusive of a kernel and a large set of software libraries that can be used to configure embedded applications suitable for various industries. After the support of FreeRTOS came under the aegis of Amazon Web Services (AWS) in 2017, the OS has seen exponential evolution and growth.

In this article, we will explore the FreeRTOS libraries that make it possible to craft intelligent IoT devices at the edge.

A recent report from Markets and Markets indicates that edge computing is expected to see prolific growth between 2020 and 2025 at a CAGR of 34.1%. The advent of connected cars and autonomous vehicles have only reinforced the need for lightweight frameworks that promise high throughput. This has created ample opportunities for edge computing in the automotive market.

In a 2019 survey of the embedded markets conducted by Aspencore, it was found that real-time capability was a key factor that influenced the choice of a commercial operating system in embedded application development.

The report also highlighted that FreeRTOS was among the top three popular operating systems for embedded applications.

AWS IoT Libraries are responsible for establishing utility, OTA update facility and connectivity on small IoT devices powered by microcontrollers. These libraries are of the following 4 types:

There are several libraries in the FreeRTOS+ download directory that endow security and connectivity features for small IoT devices. 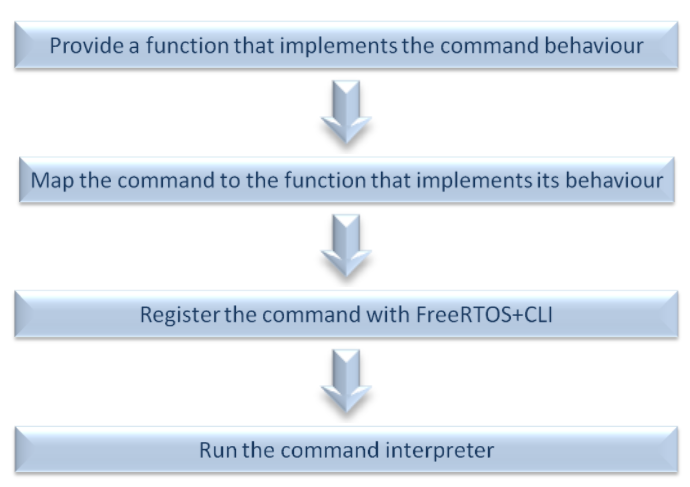 FreeRTOS has witnessed growing popularity across industries over the years. Embitel has several years of experience in porting FreeRTOS to compilers/processors that do not currently support this OS. We are also experienced in porting the OS to niche processors and bespoke hardware frameworks. Connect with us to discover how you can leverage the advantages of FreeRTOS in your IoT applications.