8 IoT Security Best Practices, to Keep the Hackers Away from your Industrial/Enterprise Assets!

8 IoT Security Best Practices, to Keep the Hackers Away from your Industrial/Enterprise Assets!

In the year 2017, a certain version of internet-connected programmers, manufactured by a global medical device company, were found to have serious cybersecurity issues.

The devices when connected to internet, were susceptible to unauthorized access by hackers who could manipulate the programmer’s functionality. This lead to the recall of these device, affecting nearly 30,000 units.

Reports suggested that this loop-hole existed due to the lack of robust network security measures.

This and several such similar incidents are crude reminder of the fact that in this IoT (Internet of Things) Universe, Data/Network/Device Security should be the top priority of all the stakeholders.

The foundation of the IoT (Internet of Things) technology stack is supported by connectivity protocols (MQTT, Wi-Fi, Ethernet and more).

In such interconnected networks, any unsecured device or a connectivity port can act an entry point for the hackers.

The consequences of such an IoT security breach can be detrimental for the business, for the consumers as well as for the industry .

Now in order to be able to design a secure Internet of Things (IoT) system, as a product developer/organization/IoT enthusiast, it is important to develop an understanding and realization regarding the following:

This blog is our quest to help you develop this understanding

Image1 : Securing the Internet of Things

In its simplest form, architecture of every IoT application includes the following three main components: 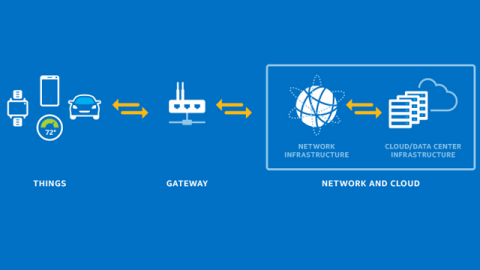 A robust and fail-proof IoT security strategy should be designed with the aim of implementing security at all the above levels.

So what are the security techniques that must be central to such a multi-level IoT security strategy? Let us explore!

It is imperative to develop an IoT security strategy along with your IoT business model to protect your critical assets and data.

But before setting out to design a IoT security strategy solution for your business, it is also advisable to keep a check on some challenges, that you may face .

We are listing down few of the challenges that are unique to IoT ecosystem, that you may consider:

There is no substitute for security in a highly-connected, data-intensive and fast-growing IoT ecosystem. Data being a chief component of today’s business success and competitive strategy, security should be the core of your IoT solution.