Edge analytics ensures optimization of the network traffic by processing as much data as possible at the edge (at the IoT Gateway Device) and sends only the data which is required by the business applications.

Additionally, GE digital has also rolled out a slew of applications that run at the edge to help businesses work more efficiently and predict machine failures.

Below are some of the highlights of this new announcement from GE Digital on its new IoT platform: 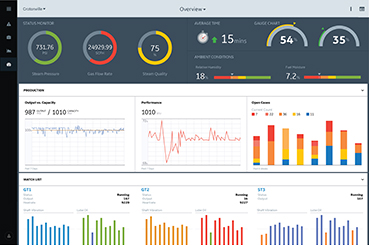 Availability on AWS, Azure and IoS

GE is working hard to bring Predix to all popular IaaS providers. Currently, Predix runs on AWS and GE has also partnered with Microsoft to bring Predix to Azure. So customers will have the option to choose from AWS, Azure or on-premise servers.

GE has also partnered with Apple to bring mobility to IoT applications. Now, iPhone and IPad users can run GE’s apps and unlock data wherever they are.

Another notable addition to Predix IoT platform is the Predix studio which will be available for the developer community by 1st quarter of the next year.
Predix studio has a drag and drop interface which enables companies to create additional applications on top of their existing platform in an efficient manner.

Are you impressed with GE’s IoT industrial suite? Contact us if you need help with industrial IoT solution development for your company or to customize the GE IoT platform to suit your needs.