What is Diagnostic over Internet Protocol (DoIP)?

DoIP also supports communication between on-board and off-board diagnostic systems of a vehicle.

In simple words, DoIP stack serves as a gateway for all the next generation Remote Vehicle Diagnostics applications!

Since the standard Ethernet Physical layer is used as a transmission medium for DoIP, it is also known as Diagnostics over Ethernet.

Following are some of the advantages of Ethernet MAC layer of DoIP stack solution:

Why UDS over Ethernet (as DoIP) for next generation automotive applications?

The ever growing complexity of electronic systems and need for large volume of data communication between vehicle networks, meant that automotive OEMs’and Suppliers felt the need for a more effective vehicle communication network like Ethernet.

As Ethernet physical layer doesn’t support bus like structure (like that in CAN), a switch is required for every network node. This ensures that Ethernet based DoIP supports rates of upto 100 mbps as compared to 500 kbps by CAN.

In the past, OEM’s provided diagnostic services over proprietary or KWP protocols. But the trend has shifted to more popular Unified Diagnostic Services (UDS) protocol that supports various BUS systems such as CAN, K-line, FlexRay and Ethernet.

Hence, UDS is now the most properly used standard for Diagnostic Protocol. DoIP transport layer is defined as a part of the UDS specification. 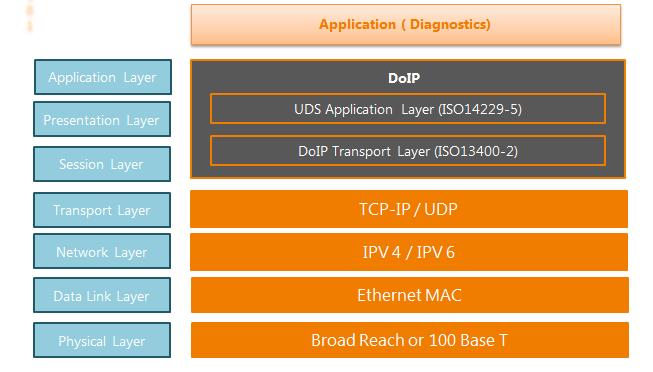 Comparison between UDS on IP and UDS on CAN:. 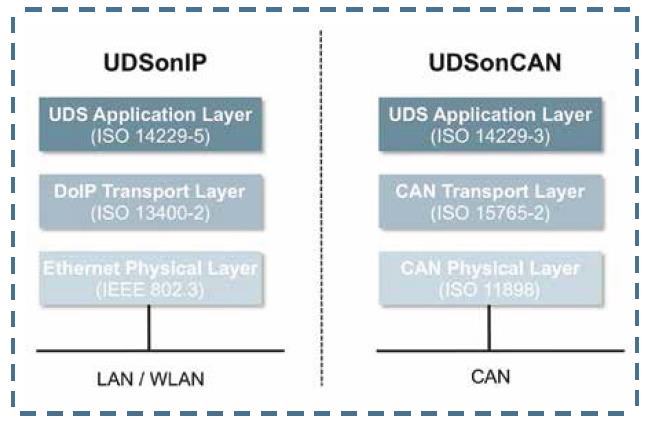 Here is a comparison between UDS on IP and UDS on CAN, on the basis of system architecture and data transmission:

On the basis of systems architecture:

While the ISO 14229-3 standard defines implementation of UDS on CAN.

On the basis of Data Transmission:

ISO 13400-2:2012 defines the requirement for vehicle gateway (for an instance, for integration into an existing computer network) and requirements for the test equipment (for example, to detect and establish communication with vehicle).

ISO 13400-2 is a significant for diagnostic communication. Here are some of its important features: