Clean and renewable source of energy is the need of the hour. Solar energy is one of the most abundantly available renewable energy sources on the lines of wind and tidal energy

Sincere efforts to tap this form of energy are being put in across the world; but there are roadblocks.

Many solar energy harvesting projects are coming up with the help of government and also under public-private partnership.

When we talk about solar energy, various environmental factors come into play that affects the overall output of the photovoltaic cells. Changing position of the sun, wind speed and direction, system down time etc. are some of them.

The list of many such factors is long. This has a direct impact on the efficiency of the solar energy harvesting projects. And efficiency or the Solar Energy output is the most critical factor that defines the success or failure of investments in solar energy field deployments.

This is where emerging technologies like IoT can play a pivotal role. We will first discuss some of the challenges that come along with green energy sources and then explore the solutions that Internet of Things (IoT) can provide.

Challenges in Tapping Solar Energy to its Maximum

The biggest challenge we face while trying to tap green energy is its instability. In a large solar energy harvesting project, the issues are complex and require more than the technical acumen to resolve.

A solution to this problem can be a motor that rotates the panels but when the problem is scaled up to a thousand panels, this solution seems incomplete.

Furthermore, you need to be sure about whether the solar energy harvesting system is delivering optimum output at all times. The system should be smart enough to respond and adapt to the fluctuating weather conditions. Monitoring each panel can become a nightmare if your grid has thousands of such panels clustered together.

In a nutshell, more complex the system, more likely it develops issues that will be hard to fix.

How IoT Helps in Maximizing the Solar Energy Output

Solar energy harvesting industry is rapidly growing. If we go by the facts and the figures, the global solar energy industry is slated to reach $422 billion by the year 2022, growing at a rate of 24.2 CAGR.

Mechanical engineering and classical physics may not be the answer to all the woes that large-scale solar energy harvesting is experiencing. The innovation is now steering more towards an amalgamation of computer science and electronics. We are talking about the sensors and Internet of Things (IoT).

Let’s have a look at one of the scenarios in which IoT can work wonders for solar energy harvesting.

As we have earlier discussed, the solar panels are not able to tap the maximum amount of solar rays because the sun’s position keeps on changing throughout the day. Factors like wind speed and other weather conditions also affect the overall energy output.

‘Internet of Things’ addresses this problem with the help of sensors/actuators, IoT gateways and, other IoT components. 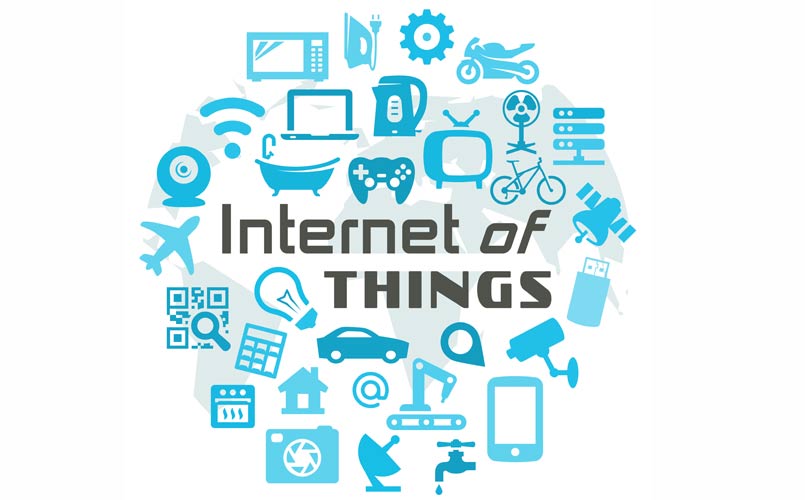 Source: BGR
We will discuss a use-case where the solar panels are adjusted automatically to the position of the sun throughout the day with the help of an IoT system.

There is a sun tracker system designed in master-slave architecture.

Sun tracker (a microcontroller) is fitted to an actuator which in turn is fitted to the motors that move the solar photovoltaic panels.

There is a sun position algorithm that determines the position of the sun at all instances of the day. This is a special algorithm that takes in data like latitude, longitude etc and computes the sun’s position based on the info.

The trackers also have IoT sensors that collect environmental data (such as wind speed etc.) and send to the master controller.

The master controller sends the signal to the solar tracker for initiating or stopping an action. This component also receives the data from the sensors fitted on tracker controller using protocols like ZigBee, WiFi, etc. This data is directed to the cloud backend for analysis.

A SCADA based system is also a part of this system but as of now, we will focus on those parts that directly increase the energy output.

In this example of IoT enabled solar energy harvesting system, the actuators have a major role to play. They move the motors as and when signalled by the master and the tracker controller.

The result is that the solar panels always face the sun and are able to tap the maximum solar energy.

The data collected by the IoT sensors also help in a long run. They help the experts analyse the environmental factors that are still able to influence the energy tapping.

Changes in the sun position algorithm can also be brought about with such analysis that will further enhance the efficiency of the solar power grid.

IoT technology framework can be a great value-add for renewable energy harvesting projects. This is because IoT enables a two-way flow of power and data in distributed networks.

The new-age industry grade IoT sensors are also built for on-site implementations as they can withstand harsh climatic conditions and have a very low power footprint.

When embraced properly, IoT technology can prove to be a disruptive innovation for solar and other renewable energy harvesting projects.