In part 1 and 2 of this blog series, we introduced you to the building blocks of an IoT infrastructure and explained how holistic security principles can be applied to the connected IoT devices and gateways. 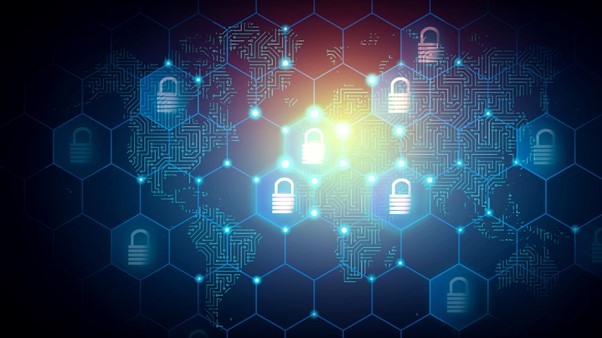 Encryption of data at rest

Businesses embracing IoT for the first time lay a lot of focus on the security of the cloud infrastructure. So, it is crucial to deploy encryption technologies to secure the cloud. Encryption is a process in which legible data (plaintext) is converted into an output (ciphertext) that does not reveal any information about the input plaintext. An encryption algorithm is employed for this conversion. Encryption ensures that even if an attacker obtains access to storage devices with sensitive data, they would not be able to decipher it.

Encryption of data in transit

Data in transit is considered to be at higher risk for security breaches. So, whether the data is being communicated over the internet or   between data centers, it is crucial to ensure that an end-to-end security strategy is in place. In order to protect data in transit, encryption is enabled prior to moving the data. Encrypted connections such as HTTPS, FTPS, SSL, TLS, etc. can also be used.

Each device in an IoT implementation should have a unique device identity. When a device comes online, this identity is used to authenticate it and authorize secure communication with other components of the IoT ecosystem.

OAuth 2.0 is a powerful open standard that can be used by API developers to protect an IoT ecosystem. It is a token-based authentication and authorization solution that also offers a framework for the decisions associated with authentication.

As part of access management, a privileged user management system can be deployed to ensure that stringent authentication processes are followed for user access to IoT data. It is also possible to create policies that can be attached to identities/resources to define their permissions. The administrator defines the policies and specifies the access level of resources.

A certificate is essentially a signed digital document that includes attributes identifying its issuer and owner (also referred to as subject). It contains two important fields – a public key that belongs to the owner/subject and a digital signature from the issuer. The issuer is usually a Certificate Authority (CA) and X.509 is a popular digital certificate standard.

There are several other IoT cloud security mechanisms that can be adopted as well, i.e., MQTT token-based authentication, maintaining access control lists and IP Whitelisting/blacklisting.

Security at the IoT application side can be ensured by adopting the following technologies:

APIs are a set of tools, routines and protocols for building software applications. They also help in securely exposing connected IoT applications to consumers/apps in the IoT infrastructure. It is crucial that the API management process is scalable, flexible and secure. In this context, REST APIs are beneficial as they allow data to be transmitted over internet protocols. They also delegate and oversee authorization procedures.

A unified architectural style (REST) enables a single app to utilize software that is written with several different programming languages. This standardization of the information flow allows interoperable M2M (machine-to-machine) connectivity. REST has now transformed into a de facto protocol for the internet, as it is understood by almost all end point systems out there.

Authentication literally means employing digital certificates or tokens to prove the identity of the IoT application connecting to the network. Some of the methods that can be used for the authentication are:

Some of the challenges faced in IoT PAN communication are the lack of coverage over a large service area and the inability to handle interference in operating frequencies.

Frequency hopping – This feature enables devices to transmit and receive data over several channels. The device simply changes the receiver channel over different periods of time, based on a random sequence of channels. This helps in combating interference on its operating channels and allows increased coverage.

Apart from the above points, device-based authentication can also be employed to secure WAN communication.

While the issue of IoT cybersecurity is a growing concern at a global scale, engineers ought to adopt a holistic IoT security approach to safeguard their IoT project implementations.

As discussed in this blog series, the security of the infrastructure should be a priority right from the IoT component design and development phases itself. Securing the IoT devices and gateways, IoT cloud security, IoT application security and communication level security are crucial for protecting the entire Internet of Things infrastructure.

Other Articles in this Blog Series: