There is no substitute to the ‘in-depth understanding of the business requirements’, if you aspire to deliver a robust hardware design for your next IoT (Internet of Things) Project!

We will allow you some time to imbibe the following words of wisdom from our veteran and highly respected Hardware Design Expert – Mr. Raghavendra (Technical Manager, Embitel Technologies)

“In hardware designing, everything boils down to a clear understanding of the customer’s business requirement. You have to take care of the minute details of component and data specification and ensure that it corresponds to the final goal. You should not be selling him an elephant when he asked for a fish.”

He shared with us that before starting with hardware design of an IoT project, he makes sure that the team has all the answers for the following important hardware design considerations: 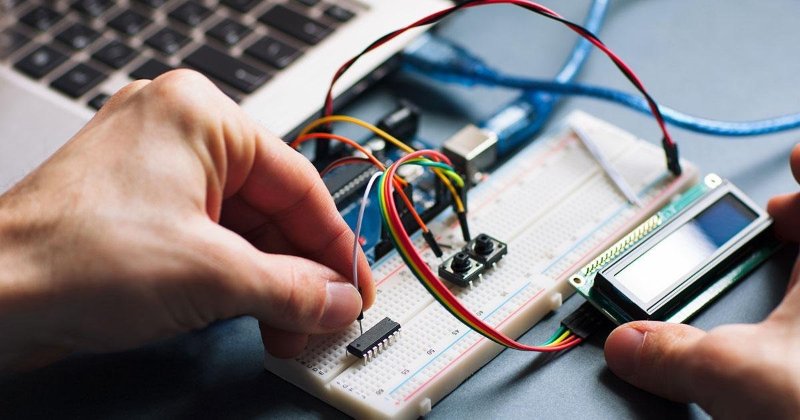 Image Source: Encrypted.com
With this, Raghvendra (known for these no-nonsense talks) nudged us in the right direction for our search for critical hardware design aspects.

This blog can serve as a ‘Hardware Design Guide’ for your IoT (Internet of Things) projects. Read along for more details!

An IoT gateway could either be a simple gateway device that executes core  functions such as protocol compatibility and device management; or an Advanced edge gateway devices with additional data analytical capabilities.

Designing an IoT gateway hardware would thus depend largely on the type of functions it is expected to perform.

As mentioned before, the memory requirement in the design increases, if the IoT gateway device is expected to perform processing and data analytics.

Hope you liked this blog. If you are looking for a more detailed and personalized support for IoT project design, please get in touch with our product engineering experts.